Hurricane Ian, which crossed Florida leaving a trail of devastation in its path, isn’t quite finished. After crossing the state, the storm strengthened before turning toward South Carolina.

As feared, the storm looks to have been historic in the damage caused, with even more people now facing potentially flooding rains.

In good news, the impact that Ian has had on thousands of cruise passengers at sea while ports in Florida closed now seems to be wrapping up. As the weather continues moving north, that provides the opportunity for multiple ships from several lines to now make their way back to port safely.

While we’ve covered a number of disruptions and cancellations both here and here, now we are getting a better picture of when ships that have been held at sea will finally make their way home. Carnival has regularly updated passengers on this webpage with information on all impacted cruises.

Carnival Liberty, which sailed from Port Canaveral on September 26 and was to return on September 30, will now arrive at the port on Saturday, October 1.

Carnival Paradise, which departed from Tampa on September 24 and was to return on September 29, will now arrive on Saturday, October 1.

Carnival Sunshine, which departed from Charleston on September 26 and was to return on October 1, will now arrive back when the port opens, which is thought to be on Monday, October 2.

The next trip on Sunshine is now planned to sail on October 2 as a four-day cruise. Passengers have the option to receive a refund on the sailing or continue as planned and receive a prorated refund for the missed day and $50 onboard credit.

Trips on Carnival Magic and Carnival Legend (both October 1 sailings from Norfolk and Baltimore, respectively) are being monitored due to weather. Carnival says passengers should not head to the terminal until plans are finalized. 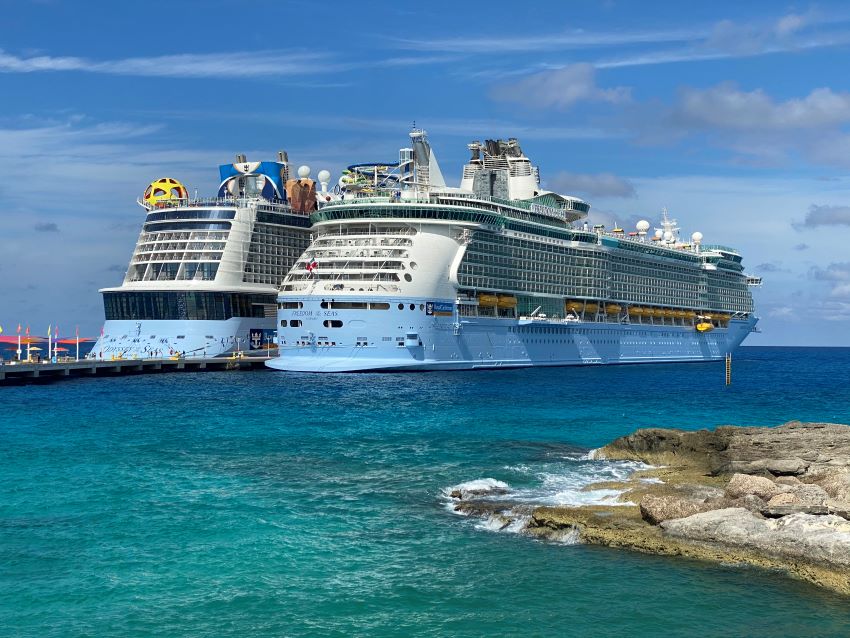 Mariner of the Seas, which was originally scheduled for September 29 will now depart October 1 from Port Canaveral on a shortened cruise. The cruise will return as planned on October 3. If passengers decide to sail, Royal Caribbean will offer a three-day prorated refund. They also have the option to not sail and receive a full refund.

Independence of the Seas, originally scheduled to sail September 30, will now sail departing on October 1 and return as planned on October 3. If passengers decide to sail, Royal Caribbean will offer a two-day prorated refund. They also have the option to not sail and receive a full refund. Disney Wish canceled its September 30 sailing and now plans to return to Port Canaveral on October 2, with the next cruise set to depart as scheduled on October 3.

Disney Fantasy plans to arrive to Port Canaveral later than scheduled on Saturday, October 1. The next sailing aboard Fantasy is scheduled to sail out later that day.

As Hurricane Ian makes its way inland, the impact on the areas it hit will continue for weeks, months, and years to come. For cruising, however, the impact seems to be coming to a close as the schedules return to normal.

In the meantime, if you have an upcoming cruise, your cruise line will have the latest information about any potential changes.