For months Carnival’s newest ship — Mardi Gras — has had to put its first sailings on hold in light of the pause in sailing. Now we have a confirmed date on when the ship will finally make its debut, along with news of several other Carnival ships returning to service. Carnival Cruise Line says that Mardi Gras, which will sail from the brand-new Cruise Terminal 3 at Port Canaveral, is set to make her debut to passengers on July 31. Given that the cruise line wants to sail as soon as possible with the new ship, Mardi Gras will sail even before being christened, which is customary with a new cruise ship.

“We are very excited to finally welcome guests on Mardi Gras,” said Christine Duffy, president of Carnival Cruise Line. “With our desire to preserve summer vacations for our Mardi Gras guests, we are going to find a later date to formally christen her so that we can operate these pre-inaugural sailings just as soon as we can.”

According to a press release, the line plans to sail vaccinated cruises on Mardi Gras and the other ships sailing this summer.

“Guests and travel agents are being advised of the August schedule plans and Carnival will be providing more details directly to them next week on guidelines and protocols. Carnival plans to operate these August sailings with vaccinated guests,” the statement said. (Emphasis added)

It’s not clear how that will work given the Florida law that bans businesses from requiring proof of a vaccine. Royal Caribbean has said they plan to sail with both vaccinated and unvaccinated passengers from Florida, but if an adult is unvaccinated then they will have specific protocols to follow on the ship and must also pay for a virus test before boarding.

One thing to know is that for Carnival Vista, which is planned to sail from Galveston on July 3, the cruise line says trips will be with 95% vaccinated passengers. It is allowing a small number of people ineligible for the vaccine to sail. It’s possible a similar arrangement could come to Mardi Gras.

While Mardi Gras is set to return the last day of July, the Carnival website shows the earliest available cruise for booking as October 9, 2021.

More Ships Returning to Sailing in July and August 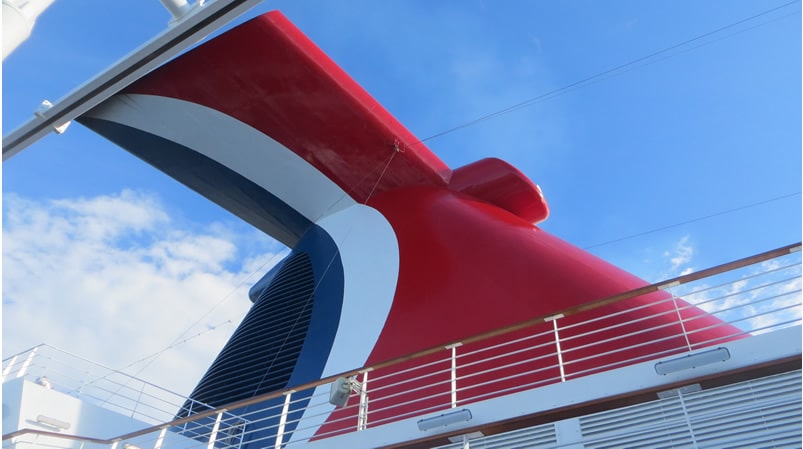 In addition to the debut of Mardi Gras, Carnival also laid out plans for several more ships this summer, including Panorama sailing from Long Beach.

“We are excited to resume our West Coast operations and intend to sail Carnival Panorama with vaccinated guests starting August 21. We are working with state and local officials to finalize the necessary plans,” Duffy said.

Here’s a run-down of all the ships Carnival now plans to sail this summer:

The cruise line also announced a number of other sailings are paused through at least August 31. Paused ships include:

The announcement from Carnival is in line with what executives have said repeatedly: cruising will return in a staggered approach, instead of all at once. This plan puts eight ships in service by the end of July, or one-third of the 24-ship fleet.

The cruise line says it will continue to bring more ships and homeports back in September.