Not sure whether you should prepay your gratuities before your cruise or wait until you’re on the ship? It’s a common question. Paying early offers some benefits, but it also means more money out of your pocket. At the same time, it can seem strange to pay gratuities before you’ve actually received service. 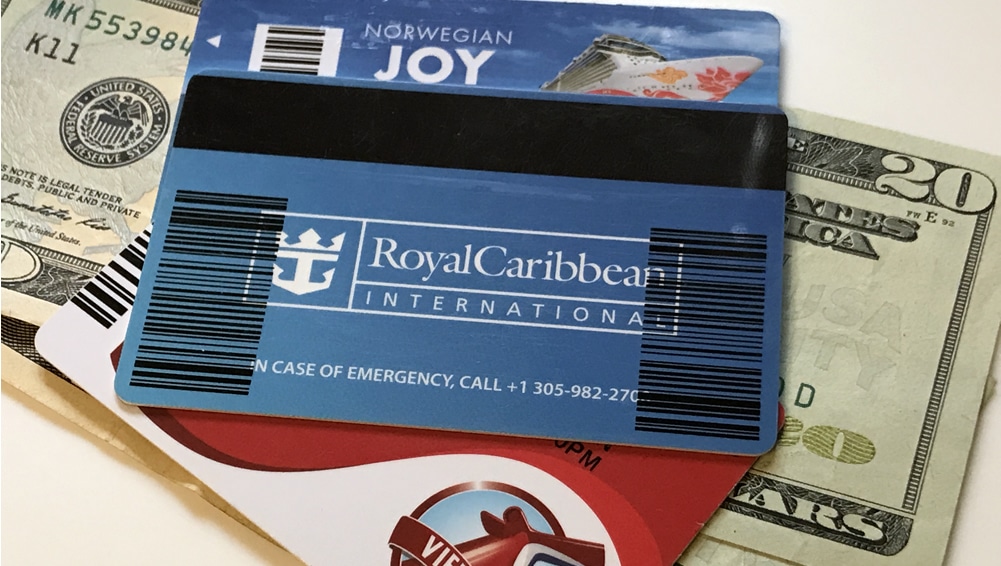 Our opinion? We are fans of prepaying the gratuities just because it makes things simpler to have your charges taken care of before you board. It’s one less charge to worry about on the ship.

But there are some very good reasons on both sides of the issue. Here’s what you need to know…

What Are Gratuities? Why Do I Have to Pay Them?

If you’re a first-time cruiser, then the entire concept of gratuities may be a mystery. It used to be that when you took a cruise, you were left with envelopes in your cabin toward the end of the cruise. You’d put in money to give to the crew members that provided service during the trip.

These days things are done automatically. Cruise lines charge each passenger a set daily fee — usually around $15 per person, per day — that is then distributed to the staff. This money is given to people like the room steward who cleans the cabin, as well as the dining and waitstaff.

Now, the timing of this charge can be strange as most of us are used to paying a tip after the service received and adjusting it based on the level of service. In addition, the gratuity charges are on top of your cruise fare, instead of being included in the price. Based on these two factors, gratuity charges can be a surprise to people that haven’t cruised before.

Some lines are moving toward having the charge simply included in the fare, but most of the major cruise lines still have the charge as extra.

So why do you have to pay them?

Well, technically you don’t. If you receive poor service or simply don’t want to pay, then you can have the charges removed by visiting Guest Services. That said, this is definitely considered poor taste, similar to stiffing a waiter at a restaurant back home. Crew members go out of their way to make sure you have a great experience and the compensation from gratuities is appreciated.

The Mechanics of Automatic Gratuities

As mentioned, instead of the old days of depending on people to tip on their own with cash in envelopes, the process is now done automatically based on a set daily rate.

So with two people sailing a seven-day cruise where the gratuity amount is $15 per person, per day, they will see a charge of $210. This amount can be prepaid, meaning that you elect to pay it when you purchase your cruise. If you want to forego that option, then you can pay it once on the ship with your onboard account.

If you choose to not prepay, then either a daily amount will be charged to your account or it will be tacked on in full at the end of the cruise. When it’s time to settle your bill, the gratuity charge is paid for with the credit card on file.

So with the option of prepaying gratuities or paying them later, what are the benefits of paying early?

The biggest reason is simply getting the charge out of the way. By paying the charge at the same time you pay your cruise, it’s one less cost that will hit your onboard account while you are cruising.

Compared to the price of your cruise as a whole, the extra charge is unlikely to make a big difference financially. That means you can have the charge all taken care of before you sail without experiencing a huge hit to your pocketbook. It’s also nice not to have a couple of extra hundred dollars to pay at the end of your cruise when settling your onboard account.

What about the drawbacks of prepaying?

The biggest issue would have to do with your view about paying a tip for service before you’ve even received that service. For many people this just feels backward. After all, what if you’ve already paid the gratuities and get lousy service? (In that case, you can still go to Guest Services to explain the situation.)

As well, some people like to hang onto their cash for as long as possible. If you prepay the tip charges when you buy the cruise, you are essentially giving the cruise line more of your money to hold, potentially months in advance of your trip.

Will the staff treat you differently if you don’t prepay the gratuities? Having sailed both paying the charges before sailing and paying them once on the ship, we can say that we’ve seen absolutely no difference in the service level on the cruise.

Bottom Line: In general, we opt to prepay gratuities on a cruise simply because we like not having to worry about them creating a higher bill once on the ship. That said, there’s no harm in opting to wait as the gratuities will be charged automatically once on the ship. It all comes down to personal preference.

Cruise Formal Night: 10 Things to Know (Including What to Wear)